Interesting Look at the Modern History of NEMT 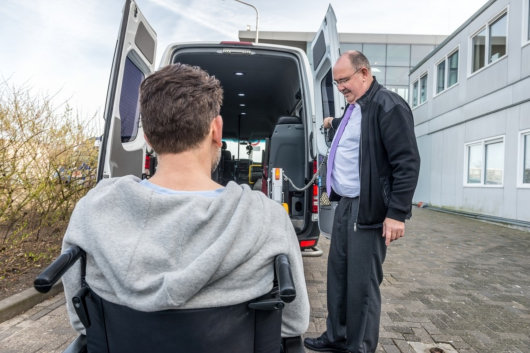 In the 1960s, heart diseases became a hot topic for policymakers in the wake of former President Eisenhower’s heart attack years earlier. Congressional leaders found poor transport as one of the leading causes of issues.

Under the promulgation of Medicaid back in 1965, there was a provision that stated the assurance of “transportation of recipients to and from providers of services.” [34 Fed. Reg. 9787 (June 24, 1969)] From there, the existence of ambulatory care became official and mandated. At least in the United States anyway.

The field of medical transportation was drastically changed once again in 1973, under Nixon’s administration, by the passage of federal legislation dubbed “Public Law 93-154” or the “EMS Systems Act of 1973.” It established “a system which provides for the arrangement of personnel, facilities, and equipment for the effective and coordinated delivery…of health care services.” [sec. 1201] Plus, the definition of medical transport systems was delineated. In 1979, the American Ambulance Association was formed.

Years later, in 2005, Congress passed the “Deficit Reduction Act,” which affected NEMT in particular because it allowed for the outsourcing of transport management to service brokers. This made NEMTs have contracts with taxis, van fleets, para-transit companies, and more.

Today, the clamor for NEMT transportation services in Colorado, Kansas, Texas, or any other state has only increased. A trend that accompanied Medicaid expansions since 1991. NEMT service providers are there to step up and meet the demand of Americans who need this crucial assistance.

If you are looking for NEMT Services in Aurora, Colorado, then Mercy Transportation LLC is the partner you can count on for quality NEMT services.